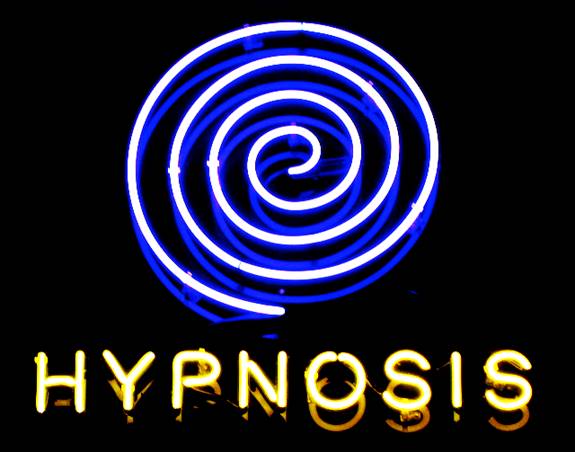 Hypnotherapy is the use of hypnosis to induce trance in a client. A trace is a state of relaxation which allows direct communications with the unconscious mind so that deep changes can be made without the interference of the conscious mind. There are varying states or depths of trance. Normally, hypnotherapy only requires light to moderate trance states to be effective.

Disclaimer: Hypnosis is a complimentary healing technique that can be used alongside, not instead of medical treatment

Things to know about hypnosis and hypnotherapy

All hypnosis is self-hypnosis.

There are no magic words or powers that will make you go into a hypnotic trance despite what you see in some TV programmes! You put yourself in the hypnotic trance state. The hypnotherapist merely guides the client into the state.

Anyone with a normal intelligence can go into a hypnotic trance.

Any one can be hypnotized – anyone! Most of us spend a great part of the day in a very light trance. Did you ever catch yourself day dreaming? How about realizing that you have arrived some where and have no idea how you got there or perhaps why you are there! These are both examples of light hypnotic trances. However, if you don’t want to go into a hypnotic trance you won’t.

You never lose control during hypnosis.

You are always in control of yourself in a hypnotic trance. The hypnotherapist can not make you do anything or give you post-hypnotic suggestions that would cause you to do anything you would not normally do. You would never accept suggestions against your moral values or your beliefs. Those people you see quacking and acting like ducks in a hypnotist’s stage show have actually been screened through several processes of self-selection before they arrive on stage. They may say they would never act that way on their own but in fact, unconsciously, they are quite willing to do it.

You can never get stuck in hypnosis.

One of the prime directives of the unconscious mind is the preservation of the individual’s safety. If an emergency happened, your unconscious mind would ensure that you would come out of the hypnotic trance easily and quickly. Additionally, just as the Hypnotherapist is there to guide you into the hypnotic trance, they are also responsible to guide you out of it. Under normal circumstances the hypnotherapist would do this in a progressive manner to give you time to adjust. In the event of an emergency they would merely would do it faster.

Hypnosis is not a quick fix.

Hypnosis is a team effort.

The Hypnotherapist can only guide and suggest things to you. Most important is that you must accept responsibility for your own changes through cooperation and commitment to the process.

Elements of hypnosis are used as an integral part of Neuro-Linguistic Programming and Time Line Therapy ™.