Or setting any Goal 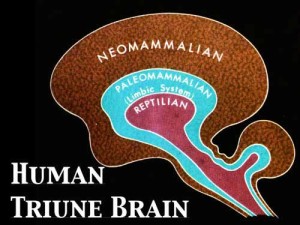 In Part 1 it was noted that research shows that the vast majority of people are unsuccessful in achieving their New Year’s resolutions. This part will explore how a specific part of the brain helps or hinders us in achieving our resolutions.

The first thing to really understand is that it is the unconscious mind, not the conscious mind, which does most of the heavy work in achieving our resolutions. As I discussed in a previous blog post, in a contest between imagination and willpower, imagination will always win out. In fact, it can be said that strong will power is created by an active imagination which creates the picture of the conditions we want to achieve. Without that picture there is nothing for willpower to work towards!

Now there is a part of the brain, about the size of your little finger, located at the core of the brain stem between the medulla oblongata and mesencephalon, called the Reticular Activating System (RAS). This tiny portion of the brain has many functions, one of which, pattern recognition, is critical to your ability to achieve your resolutions or goals. The RAS is part of the human brain that we have inherited from our reptilian ancestors

The pattern recognition functions of the RAS were critical to our reptilian ancestor’s survival. If the creature “saw” something that matched the pattern of a predator the RAS would trigger the “flight or fight” response and thus increase its chances of survival. This mechanism, inherited from our ancient ancestors, is a biological imperative that exists in modern humans whether we like it or not. And most of us have probably experienced the “flight or fight” response. We have been startled by something we caught out of the corner of our eye and our hearts have started to race, pumping more blood and providing more oxygen, while adrenaline and other chemicals are released into the body.

Think of the RAS as a filter that will only let the mind work on those things which have been identified as important. Those things that do not get past the filter will not have any resources devoted to them. Our reptilian ancestor’s RAS was biologically hard wired or programmed to respond only to certain patterns. Modern humans retain this programming as evidenced by our strong but sometimes less than appropriate “flight or fight” responses. However, unlike our reptilian ancestors, modern humans also have the ability to “program” their RAS to be alert to other patterns.

So, the question is how do we programme the RAS? The simple answer is that you do it by what you think about and talk about to yourself. The unfortunate part is that you may not know exactly how you are programming your RAS. And because of that your RAS may not be doing what you really would like it to do.

An example of how the RAS works will help to make this clear. You have just decided to buy a new car – a particular make model colour etc.  Now, like magic, you begin to notice the same type of car everywhere, whereas before you hadn’t seen any of them. By making the decision to buy the car, by becoming focused on the details of what you wanted, you have programmed your RAS. Your unconscious mind, through the RAS, now allows items that match your new car to get through to your conscious mind instead of filtering them out.  The cars that match your new car have always been there. Your RAS simply filtered them out of your conscious awareness. Now it believes that you want to know about them it will let that information through.

So, you program your RAS filter simply through what you choose to focus on. The bad news is that you aren’t always consciously aware of what you are actually focusing on and thus how you are programming your RAS to filter information for you. In terms of your New Year’s Resolutions or any other goal for that matter, you want your RAS to allow through the filter those kinds of things which will help you achieve your resolutions. So how do you get your RAS to do this?

There are three big blunders that most people make with their New Year’s resolutions that affects how their RAS is programed and which subsequently affects their ability to achieve those resolutions.

Part 3 will look at Big Blunder #1