Home » Blog Posts » Are You the Carrot, the Egg or The Coffee? »

Are You the Carrot, the Egg, or the Coffee

A young man went to his grandfather for advice. T

The Grandfather led the young man into the kitchen where he instructed him to get three pots, fill them with water and place them on the stove to b 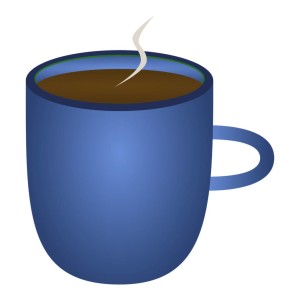 “Why I see a cooked carrot,  a hard-boiled egg, and a mug of black coffee, of course ” replied the young man, and then somewhat indignantly, ” This is not helping me with my problems at all grandfather!”

Grandfather nodded wisely. “Feel the carrots, then peel the egg and feel it, and taste the coffee, he said softly, “And then tell me what you notice.” The young man did as his grandfather wished.,” The carrots are soft, the egg is hard and the coffee tastes wonderful but,” he started to say  ” I really don’t see how. . .”  His Grandfather cut him off. “Exactly,” he exclaimed raising his right hand with his index finger pointing skyward. “Each of these three things faced the same adversity – the boiling water. The carrot went in strong and hard and unrelenting but after being in the water softened and became weaker. The egg had been fragile, easily broken, with its thin shell protecting its liquid interior.  After being in the water the shell was the same but no longer needed, the egg was hard.  The coffee beans were different. After being in the water – they had changed the water!”

Now my young grandson,” asked the grandfather. Are you the Carrot, the Egg or the Coffee Beans. Are you the Carrot that seems strong but with pain and adversity wilts, becoming soft and losing your strength?  Or, are you the Egg that starts with a hard skin, soft and malleable heart but after pain and adversity has a shell that still looks the same but a hardened heart on the inside.  Or, are you the Coffee Beans that actually change the water, the very circumstance that brings them such hardship. If you are like the beans when things are at their worst, when the hours are darkest, and your trials are greatest you get better and change the situation around you. If you are like the beans when the water of your life gets hot it will release the fragrance and flavour of your life.

“Grandson,” he asked, How do you handle adversity? Are you changed by it and your surroundings, or do you bring life and flavour to them?

“Are you the Carrot, the Egg, or the Coffee Beans?”