Sales – It’s all about Rapport

No matter what you are doing in your life – whether it is on a professional level or as a volunteer and whether you are a parent, a teacher, a doctor, a business owner, a politician or any combination of these titles – you are selling something

The art of sales is all about getting someone to buy your product or engage your services.  First of all, we need to understand that facts don’t sell anything – at least not initially. Emotions sell!  Elmer Wheeler, once considered the greatest salesman in the world, proclaimed “Sell the Sizzle not the Steak.” This idea is as relevant now as it was 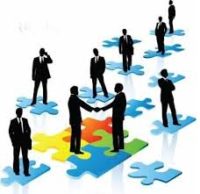 when he wrote his book Tested Sentences that Sell, in 1937. It is the emotional idea of what the steak represents that will create the sale – not the real steak. Now this doesn’t mean facts aren’t important in sales.  After all, at some point in time, a real steak will have to be produced and the facts of the steak: its size, its cut, how lean it is, how it will be cooked, etc. will be important to the customer. However, initially it is the idea of the steak that is important.

Selling an idea is quite different than selling the “facts.” People can accept facts and not like or accept the person presenting them. Facts can be verified independently of the person presenting them. Ideas, however, are quite different. Ideas require that you trust and believe the other person before you agree with them. So, what does it take to have the other understand and agree with you?

Quite simply, people like people who are like themselves. Therefore, it is all about entering into and maintaining rapport with the other person. Rapport is the process of matching and mirroring someone so we become like them so that they will accept, uncritically, the suggestions we give them. It is the establishment of trust to achieve a mutual beneficial result.

Now, all of us have had interactions with another person where we walked away feeling like we had known the person for all our lives – that we really got along well with them and really liked them.  Conversely, we have probably all had situations where we have walked away saying to ourselves – “wow that wasn’t enjoyable!” We had that bad taste in our mouth.  Both outcomes are indications of the level of our rapport with the other person. In the first instance, our rapport was deep; in the second instance we probably had little or no rapport.

If we treat rapport as something that “happens” to us, then we stumble into interactions where we might have great rapport or we might not have rapport at all, or anything in between. However, if we treat rapport as a process, as suggested in the definition above, then we can learn and apply principles that will permit us to create and maintain deep and beneficial rapport with anyone at any time. Rapport doesn’t have to be something that just happens- it can be something we deliberately create.

Think about what the ability to create rapport at will would mean to your sales conversations. However, because rapport creates a trust and uncritical acceptance with the other person, how that sales conversation is conducted becomes of utmost ethical importance.

More later on how to use the power of rapport to move your sales conversation forward.